While her practice may be new to Hopewell Junction, Dr. Kristen herself has deep roots in the community. She grew up in Fishkill, taking an interest in dentistry early on as the daughter of prominent local periodontist, Dr. Mario Vilardi. Dr. Kristen attended Our Lady of Lourdes High School in Poughkeepsie, where she excelled in both academics and athletics. As a freshman, she was a starting player on her varsity basketball team. By senior year she was captain, leading the team to four state and federation championships.

Dr. Kristen earned her undergraduate degree in the community as well, earning a full athletic scholarship to Marist College. There she majored in biology and pre-dental studies while continuing to dominate on the basketball court. Area fans may remember her two conference championship wins and two NCAA appearances.

Her four years of dental school comprise the only period Dr. Kristen resided outside of Dutchess County. She chose the Arizona School of Dentistry & Oral Health at A.T. Still University because of its emphasis on clinical experience. She graduated with a Doctor of Dental Medicine (DMD) degree. Returning home upon graduation, Dr. Kristen earned a certificate in Advanced Education in General Dentistry at Castle Point Veterans Hospital. She couldn’t be happier to be working in the community she has known and loved her whole life.

Dr. Kristen is a member of the following professional dental associations: 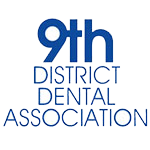 Our Lady of Lourdes High School

High school is where Dr. Kristen made the decision to pursue dentistry as a career—something she had been thinking about since grade school. But even earlier than that, she had developed a passion for basketball and pursued it fully at Lourdes. Dr. Kristen will never forget her four years with the Lady Warriors, which included four state and federation championships.

Dr. Kristen’s prowess on the basketball court earned her a full scholarship to Marist College. She was a starting player in all four of her years there, captaining the team in her senior year. She led the Red Foxes to two conference championship wins and two NCAA appearances. Meanwhile, her biology & pre-dental studies at “Harvard on the Hudson” prepared her well for the academic rigors of dental school.

At Arizona School of Dentistry & Oral Health, Dr. Kristen found an innovative, state-of-the-art teaching facility that offered more patient-care experience than most dental schools. By the end of her four years there, she felt well prepared to enter the practice of General Dentistry. But before she graduated, there was one thing she had to do—establish the school’s first women’s basketball team, of course!

Returning home to Dutchess County, Dr. Kristen earned a certificate in Advanced Education in General Dentistry at Castle Point Veterans Hospital. There she was able to serve her country’s war veterans while honing her patient-care skills under the direct supervision of top dental specialists. At Castle Point, Dr. Kristen became proficient at all aspect of cosmetic and restorative dentistry, along with specialty procedures including deep cleanings and root canal treatment. She also gained a deeper understanding of the interrelationship between oral and systemic health.